IBM's inventions include use of AI to help people converse, protect the earth's lakes and combat voice phishing 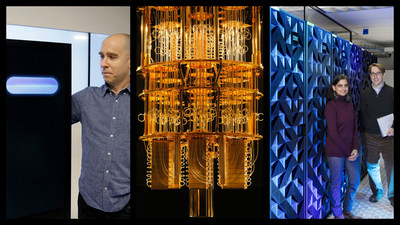 "IBM is committed to leading the way on the technologies that change the way the world works – and solving problems many people have not even thought of yet," said Ginni Rometty, IBM chairman, president and CEO. "Our clients and their customers are the beneficiaries of these innovations, particularly our leadership in AI, cloud, blockchain and security for business."

Overall, nearly half of the 2018 patents relate to pioneering advancements in AI, cloud computing, security, blockchain and quantum computing.

Some IBM patents granted in 2018 include:

IBM inventors received more than 2,000 cloud computing patents in 2018, including a patent on a specialized monitor for unikernel-based virtual machines that takes a lightweight approach to improving isolation and security between a cloud application and its host, while also reducing provisioning times and improving performance. The approach is related to IBM's research in container security and could enable organizations to more easily move data and applications securely across cloud and on-premises environments.

IBM inventors also continue to break ground in the development of blockchain and its rapid pace of global adoption. IBM was granted a patent on an approach for encrypting data stored in a blockchain. Members of a blockchain network can put data on a blockchain that they would like to share with other blockchain network members. However, instead of storing the data openly for any of the blockchain participants to see, members can encrypt their data within the blockchain and only those that have been given a decryption key can read the data. IBM has enabled this patented capability to users of the open source Hyperledger Fabric.

IBM researchers also patented significant inventions in quantum computing, including a new way of miniaturizing components to improve the performance of quantum computers.

The new patents were granted to a diverse group of more than 8,500 IBM inventors in 47 different U.S. states and 48 countries.