How An Accidental Discovery Led to a New, Highly Recyclable Plastic 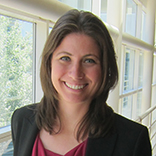 Sunday marked the 48th annual celebration of Earth Day, the global event that celebrates the importance of environmental protection. This year, the
Earth Day Network’s focus is to, “fundamentally changing human attitude and behavior about plastics and catalyzing a significant reduction in plastic pollution.”

IBM, Polymer Chemist, Jamie Garcia, is doing more than her fair share to help us make these changes—sometimes by accident.

During a recent project, Jamie successfully broke down polyethylene terephthalate (PET), the plastic used to make bottles, to useful, new
monomers – the building blocks for plastics. Over the following days, she set up a reaction to test the viability of making new plastics with these
monomers. Then, while gathering ingredients, the mixture she made hardened.

She tried to grind the hardened mixture, but it wouldn’t break. “I actually had to take a hammer and break the flask to get to the plastic and figure out what I had made,” she said. 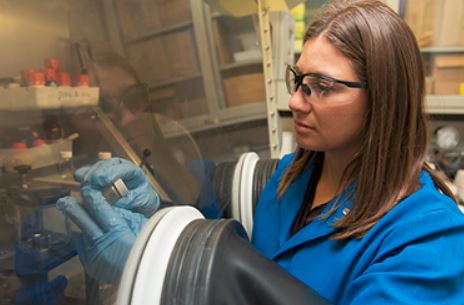 Garcia and her team ran experiments on the new material, using techniques including quantum mechanical computer modeling. They discovered that the new material is lightweight, stronger than bone and solvent resistant. In addition, they found that it can be recycled and reused hundreds of times, rather than the typical three of four times allowed with current plastics.

“Current plastic recycling methods degrade the material each time it’s broken down and remolded, meaning it can’t be reused for the same purpose twice,” she said. The material Garcia discovered could be used to build plastic parts, then broken back down to powder and used to build again—and again and again.

“The infrastructure doesn’t yet exist to recycle plastics chemically, and the process could be more expensive,” she said. “In the long run, it would be worth it, since we could recover more of our materials and save energy, resources and landfill space.”

Referencing Natural Capitalism: The Next Industrial Revolution, Garcia said, “‘The flow of molecules in the US economy is 99.98 percent pure waste,” and notes, “We need to change our relationship with plastics.” With her work, Garcia has shown one exciting path forward.

This originally appeared in the IBM Think Blog.