COLUMBUS, Ohio & ARMONK, N.Y., July 10, 2019 /PRNewswire/ -- Columbus Crew SC today announced an agreement with IBM Services [NYSE: IBM] and IBM iX™ to create a vision for the design and technology to transform the supporter experience at its new stadium. 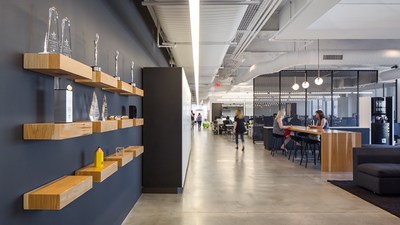 Buffered by a groundswell of overwhelming support from supporters and leaders who rallied to keep the Crew in Columbus, the Club and IBM are working together to develop a strategy for a supporter experience and the enabling technologies for the new Columbus Crew downtown stadium to provide an interactive experience for the players, coaches, staff and especially supporters of the Black & Gold.

IBM has a history of delivering digital experiences for some revered sports and entertainment venues. Crew SC joins a roster of IBM's sports clients including the Mercedes-Benz Stadium (home of the Atlanta Falcons and Atlanta United), Banc of California Stadium (home to the Los Angeles Football Club) and Kyle Field at Texas A&M, to name a few.

IBM iX™ designed and developed the historical FIFA World Cup Highlight Machine, a one-of-a-kind, cognitive-based platform that lets fans create and share their own customized soccer highlight videos. Using this interactive platform, fans can browse and filter FIFA's archive of past and current matches by year, team, player, matches and type of gameplay like penalty kicks and goals. IBM is also the digital reinvention partner for The Masters, Wimbledon and US Open Tennis Championships, helping to make these events much more exciting for viewers around the world by showing a wealth of real-time data from every game taking place.

"As we look ahead to our new stadium, creating and delivering the best experience possible for the Crew SC fanbase is a key objective for the Club," said Columbus Crew SC President and General Manager Tim Bezbatchenko. "By collaborating with IBM, we will ensure that Crew supporters have a unique experience at every event, setting the bar for future sports and entertainment venues. We look forward to working with IBM as this investment is a continued reflection of the commitment from the Haslam and Edwards Families to make Crew SC a pace-setter for the fan experience in North American sports."

"We are so pleased to be working with the Columbus Crew to help them deliver an innovative  experience for their very loyal fans," said Matt Candy, General Manager and Global Leader, IBM iX. "Digital technology has created an expectation among consumers for unique, personalized experiences and performance venues are under intense pressure to go beyond staging live entertainment by providing a personalized and interactive fan experience, whether a user is on their couch or at the LIVE event and our goal is to help meet those expectations."

Under this project, IBM Services and IBM iX™ will provide a vision to define and create a unique, engaging environment for each individual fan, in the 20,000 seats and various premium spaces at the new 430,000-square-foot facility that's scheduled to open to the public for the 2021 season.

- A comprehensive fan experience strategy fueled by research and key insights - to help ensure every fan can have a best-in-class MLS experience, uniquely positioned in a way that only the Columbus Crew can deliver.

- A future-focused technology strategy, to enable what is identified in the fan experience work, as well as ensuring that the stadium design will be future flexible.

- Recommendations for potential technology services to position the arena as a community hub by creating an experience for all supporter groups, regardless of the event being held at the arena including at-home games, soccer friendlies, away-game watch parties, concerts, soccer state championships, or as a venue for United States National Team matches.

Comprised of over 17,000 employees across more than 50 office locations around the world, IBM iX remains one of the largest hybrid digital agencies worldwide, and works at the intersection of progressive strategy, creative vision and transformational technology to help tackle the biggest business challenge: tomorrow. IBM iX's global team of "Renegades and Realists" help IBM's clients reinvent their business by design, by helping to tackle challenges in today's changing technology landscape.

Columbus Crew SC (Soccer Club) is the first club in Major League Soccer. Crew SC is operated by The Edwards Family and The Haslam Family. The Black & Gold won their first MLS Cup championship in 2008 and also won the 2002 Lamar Hunt U.S. Open Cup as well as MLS Supporters' Shield titles in 2004, 2008 and 2009. The 2019 campaign is the Crew's 24th season in MLS and the 20th season at historic MAPFRE Stadium -- the first soccer-specific stadium in the United States. The Club has qualified for the MLS Cup Playoffs in four of the last five seasons, including winning the Eastern Conference Championship in 2015. Website: ColumbusCrewSC.com | Twitter: @ColumbusCrewSC | Instagram: @ColumbusCrewSC | Hashtag: #Crew96 | Facebook.com/columbuscrewsc | Snapchat: ColumbusCrewSC | Stadium: MAPFRE Stadium | Training Facility: Crew SC Training Center at Obetz 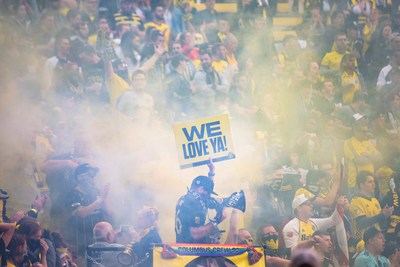 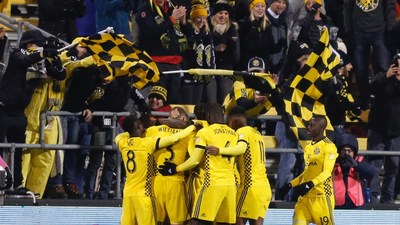