- IBM launches new My Group Feature powered by IBM Watson AI and hybrid cloud technologies, enabling fans to watch every shot from their favorite players throughout the Tournament
- IBM announced a foundational partnership of the Harrisburg and Laney Walker Redevelopment Project to revitalize Augusta, Ga, through funding and education

Additionally, IBM is proud to partner with Augusta National Golf Club on a redevelopment project in the Harrisburg and Laney Walker neighborhoods in Augusta, Ga, alongside AT&T and Bank of America. The $2.5 million cash grant contribution from IBM and each of the partners, resulting in a combined $10 million contribution, will provide the majority of funding for this phase of the transformational project, which includes the construction of an innovative community center, and a new headquarters for the Boys and Girls Clubs of the CSRA. IBM will also offer resources and expertise on alternative forms of education that quickly deliver in-demand digital skills, with the goal of improving income and economic opportunity in the community for generations to come.

My Group with Watson on the IBM Cloud

This marks the first time ever in professional golf that patrons will be able to create customized "feature groups" of golfers in the app, and access video of every shot by those players throughout the Tournament. With more than 90 golfers from dozens of countries around the world competing in the 2020 Masters, My Group offers a personalized video feed, giving patrons access to every player's rounds in near real time. My Group also features highlights and regular updates from the Tournament leaders, and must-see shots from other golfers, as they happen. As part of My Group's customized viewing experiences, IBM is leveraging Watson's artificial intelligence (AI) to curate highlights of exciting play. My Group is one of the first applications of Watson to bring customized viewing experiences to millions of people, globally.

The technology being used for the Tournament this year builds on IBM's Watson-powered solutions developed for previous Masters, which have analyzed data including traditional golf statistics, ball tracking data, crowd noise and more. During the 2019 Tournament, nearly 20,000 individual video clips of players' shots were captured and analyzed by Watson. This year, new AI models were developed using data from last year's Tournament. The data includes the excitement ranking of shots and other data points like player ID, round, hole, score, and tracking stats such as shot length. In total, 16 distinct models were trained to provide personalized and important content of popular players and top performers  for My Group users.

For patrons familiar with the Tournament, the "Masters roar" is an iconic indicator of an important shot. Without patrons onsite this year, broadcasters and digital content teams would face a new challenge: quickly and accurately identifying the most important shots. Using IBM Watson Studio and its AutoAI and machine learning capabilities, data from those past shots will serve as a baseline for Watson to generate a hypothetical patron excitement score to identify this year's "must-see shots." These excitement rankings models will be used to automatically determine which live shots, of similar situations in past videos, a viewer is presented to watch as highlights in their My Group channel. This information will go on to power the new My Group feature as well as editorial content, including "Round in 3 Minutes" video summaries, and more on the Masters app and Masters.com.

For the first time, IBM will power the 2020 Masters using a hybrid cloud approach enabled by Red Hat OpenShift, the industry's leading enterprise Kubernetes platform, with on-premises data and workloads running on multiple public and private clouds operating seamlessly. In previous years, many workloads were already operating in the cloud, but some, including publishing, scoring and staging for the Tournament remained on-premises for latency reasons. In reaction to the pandemic, which necessitated more data and workloads being housed in the cloud to boost efficiency, IBM worked closely with the Masters Tournament to pivot those workloads to IBM public cloud, and used a hybrid cloud architecture to bring them together. The flexibility and hyper-scalability of Red Hat OpenShift, built on Red Hat Enterprise Linux, enables both the larger Tournament technology and features like My Group to exist on a consistent foundation across IT environments.

"The digital experience of sports has never been more important than it is right now," said Rob Thomas, Senior Vice President, IBM Cloud and Data Platforms. "We're proud to put the power of IBM's hybrid cloud and AI technologies on display through the My Group feature on the Masters app and website. And we are honored to enable millions of Masters patrons around the world to enjoy the storied tradition of this magical Tournament."

Augusta, Ga, a city of 200,000, has been home to Augusta National Golf Club and the Masters Tournament since 1934. A few miles from the Club are the noteworthy, but historically underserved, neighborhoods of Harrisburg and Laney Walker. This redevelopment project intends to provide new and enduring opportunity to these communities. In addition, IBM is working to replicate the innovative Pathways in Technology Early College High (P-TECH) School model in the State of Georgia, with the first wave of adoption next year. P-TECH is a groundbreaking public education model to create education and workforce development opportunities in primarily underserved communities, and is now in 27 countries and regions around the world. IBM also intends to introduce STEM and professional success skills training at local high schools in the area, beginning as early as 2021.

"We believe that education is the cornerstone of both economic opportunity and social equality," said Obed Louissaint, Senior Vice President of Transformation and Culture at IBM. "P-TECH was designed to address both business and societal imperatives by delivering critical career skills to our most underserved populations. In our work with the Harrisburg and Laney Walker Redevelopment Project, we hope to make a lasting socio-economic impact, and help ensure that the digital era is a more inclusive era."

IBM has been the digital partner of the Masters for more than 20 years, and together they work closely to bring unparalleled experiences to golf patrons worldwide. This year's new offerings represent their latest collaboration to create an innovative experience that delivers meaningful, data-driven insights, while still highlighting and sharing the history and tradition of the Tournament. The IBM iX team, one of the world's largest digital design agencies, used the IBM Garage Methodology to apply design thinking and agile development to create a personalized digital experience for the Tournament's 13 million viewers, across 200 countries. The application of this methodology to the Masters is similar to the work IBM does to support and innovate with clients around the world.

IBM has been a long-time partner to a range of sports organizations, teams, and events, including tennis (US Open and Wimbledon), golf (Masters Tournament), football (via ESPN Fantasy Football), and the GRAMMY Awards. Through IBM's partnerships, including a recently announced esports partnership with the Overwatch League, IBM is able to reimagine sports, and entertainment experiences for fans, players and coaches alike, leveraging the flexibility of the hybrid cloud, and other AI-powered solutions.

The Masters will be played from November 12-15 at Augusta National Golf Club in Augusta, Ga. To see the technology in action, visit Masters.com, or the Masters app on your mobile device, available on the App Store and Google Play Store.

About IBM
For more information about IBM, visit ibm.com/news.

Statements regarding IBM's future direction and intent are subject to change or withdrawal without notice, and represent goals and objectives only. 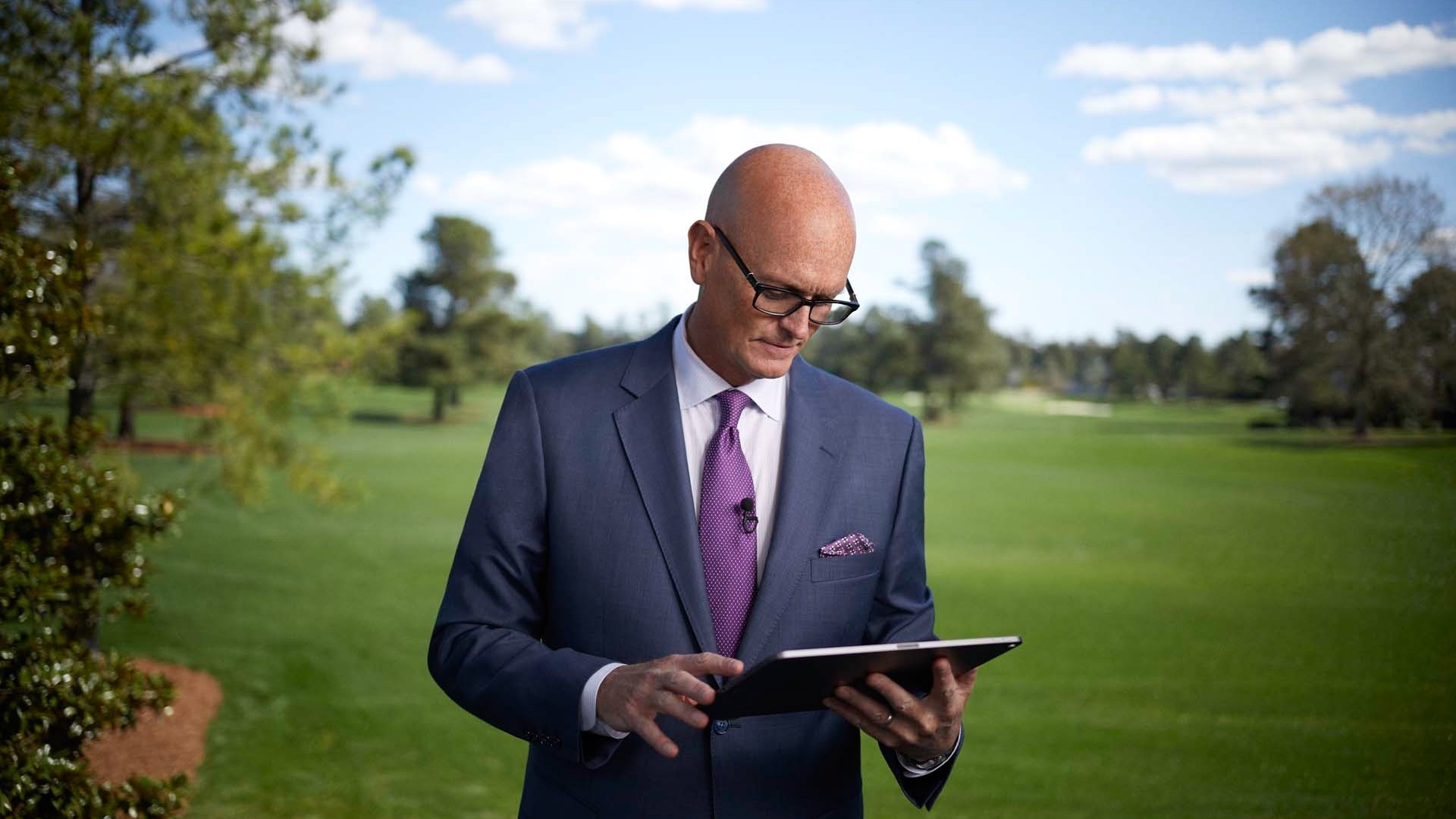 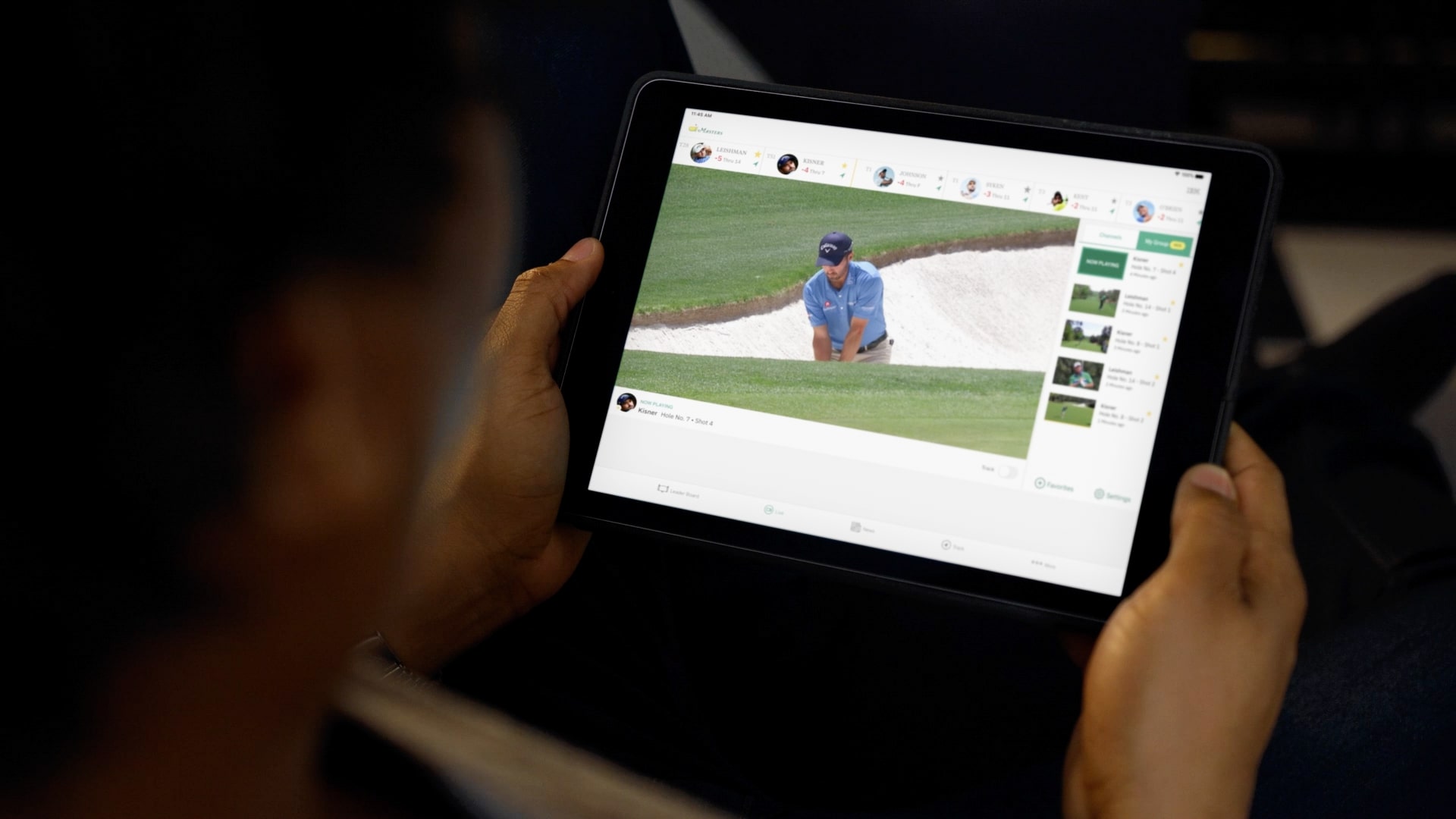 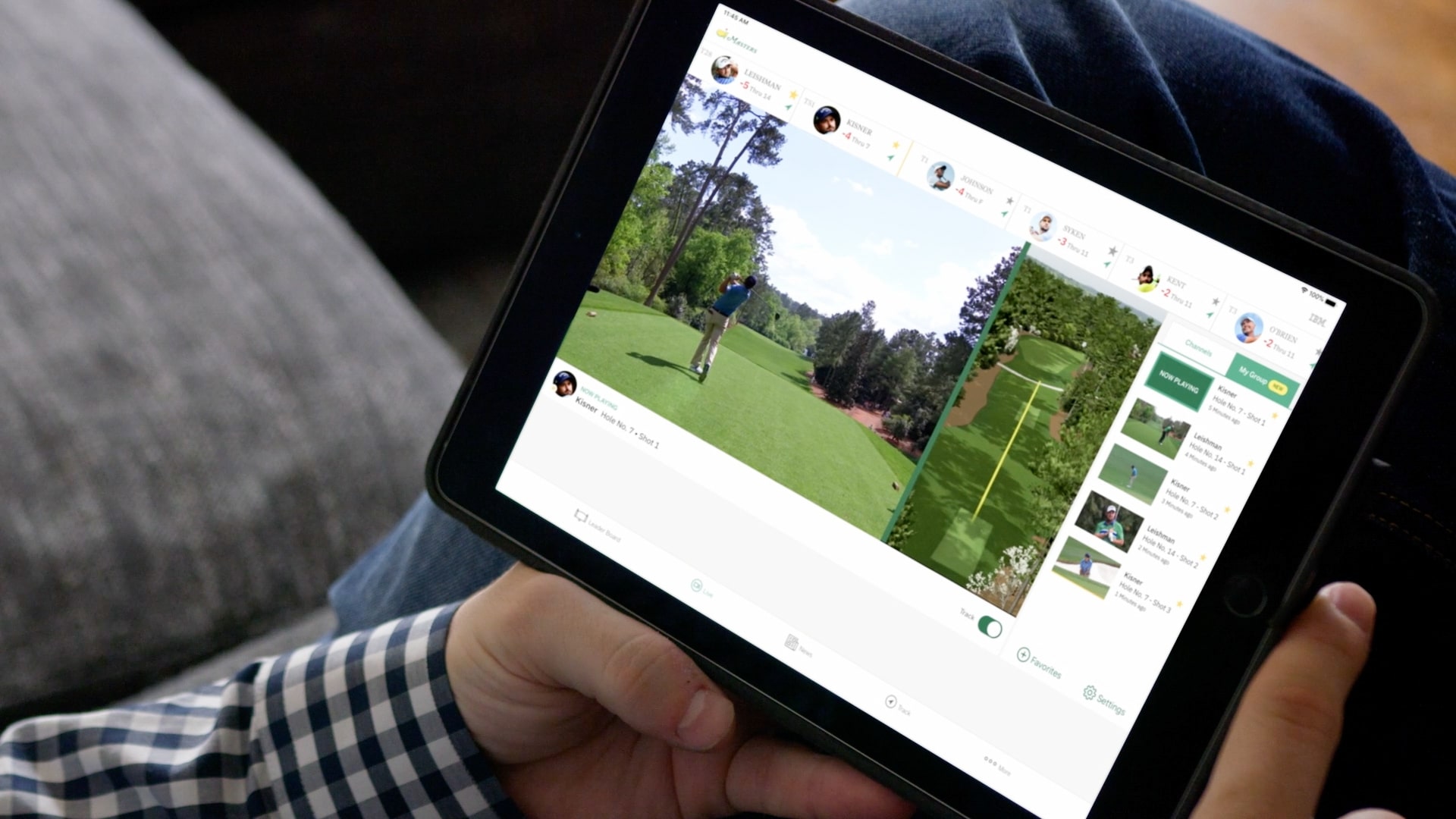 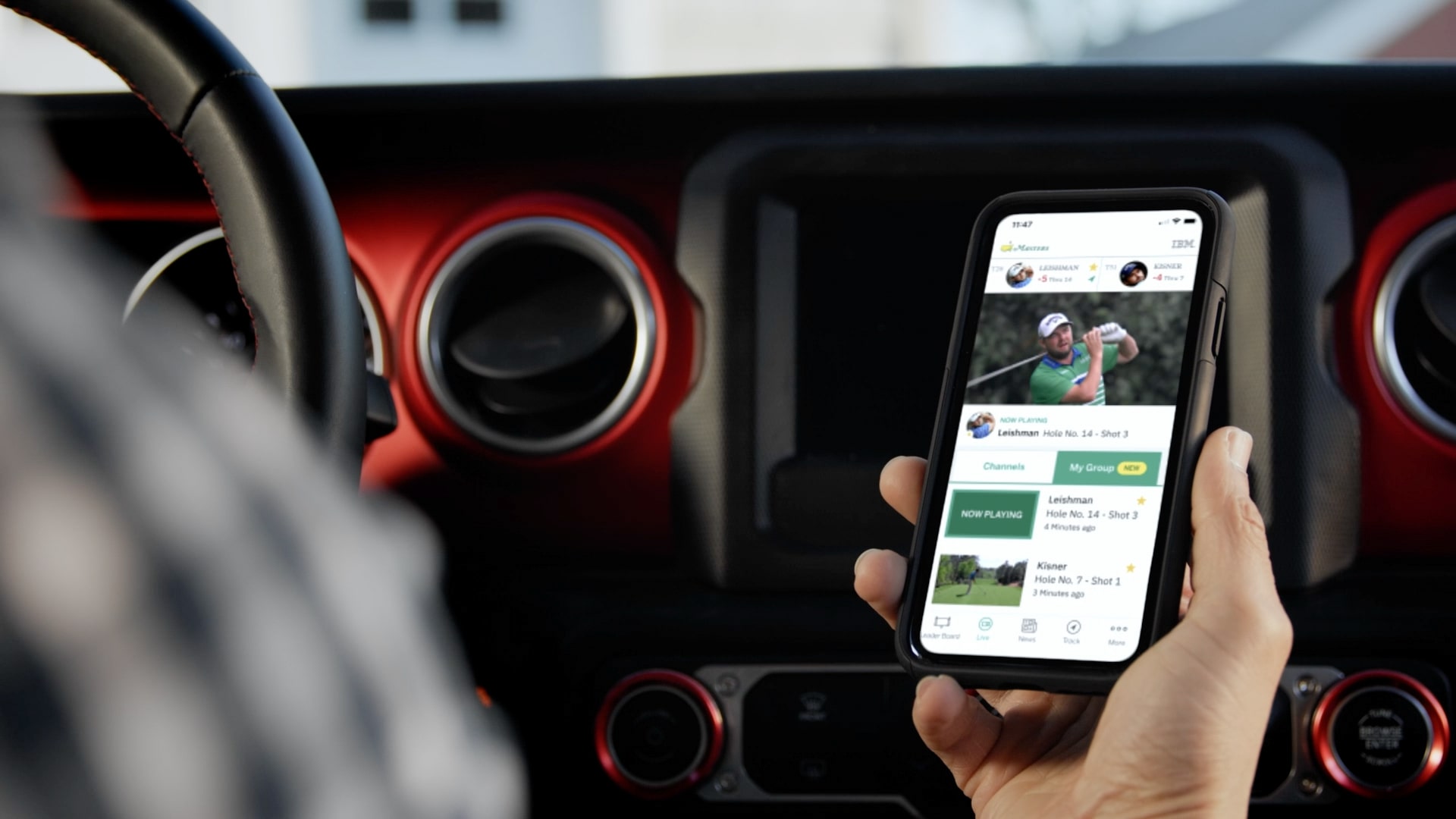 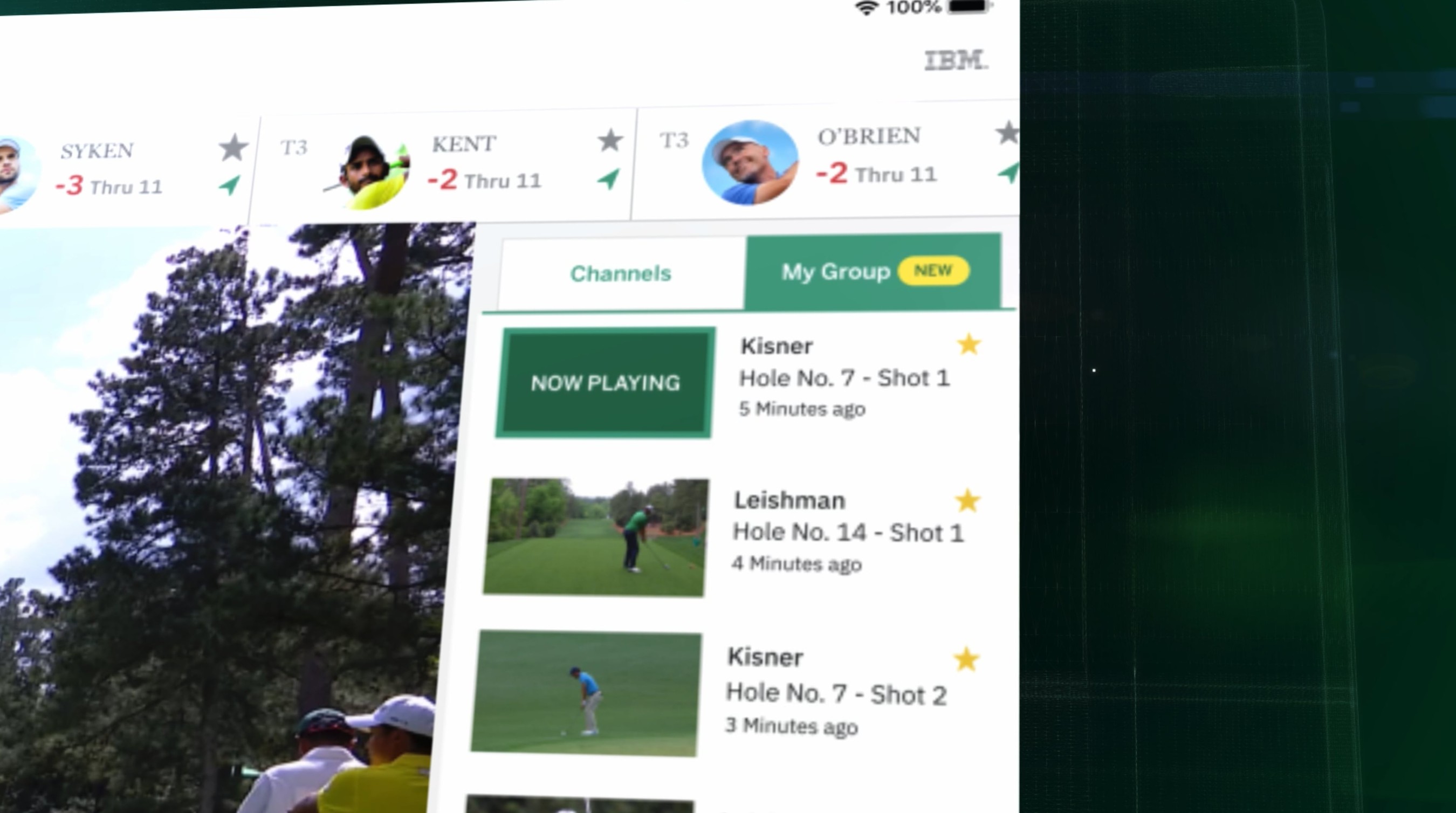