Women are innovating our pathways out of the pandemic

In the past year, we collectively experienced a pandemic that upended virtually every facet of our lives. These changes were particularly acute for women, who disproportionately shouldered the burden of labor market disruption as stay-at-home orders transformed homes into both offices and remote-learning school houses. Mounting evidence shows employment among women has dropped faster than average, including in the technology sector.

I am the sponsor of IBM’s Women’s Constituency, so I have been thinking about this sobering reality often, most especially today, the International Day of Women and Girls in Science.

It is my belief that when we trust women with the tough roles, the big and thorny turnaround jobs in technology that require focus, determination, and resilience, those are the moments that will inspire us and the next generation of thinkers.

This impressive work happens every single day and it can be jaw-droppingly brilliant. Today we are seeing these efforts carve a pathway out of the pandemic. Go read about the invention of the COVID-19 vaccines produced by Pfizer and Moderna—you will find stories of inspiring women. Or look here at IBM’s own Digital Health Pass, an open and collaborative tool that is helping the world organize an orderly return to work, travel, and society. The idea for it was first shared by a woman, too.

Looking back through history, there is no shortage of examples of female excellence in the science and technology fields. I believe that one of the best ways we can make room for many more is to amplify their contributions. So today I would like to share a conversation with one of the many impressive women at IBM, and one with a truly international background.

Dr. Elli Androulaki is a Zurich-based IBM Researcher who is a longtime believer in blockchain technology and how it can be used to protect people’s privacy. After a brainstorming session, Dr. Androulaki and colleagues dreamed up the idea of the Digital Health Pass, which allows people a secure way to show they’ve been vaccinated or tested for COVID-19.

I think what you’ll find through this conversation, and other stories of inspiring women, is that innovating our way out of this global pandemic and its economic ripple effects will require our most creative minds and sharpest thinkers. Stopping to reflect on the powerful role women are already playing to achieve these aims leaves a lot of room for hope. 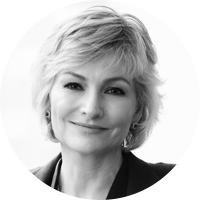 Can you share a little about yourself and what got you into science?

I grew up in Athens—I am 100 percent Greek—and I studied there until I moved to New York to earn my Ph.D at Columbia University. I inherited a love for sciences, like math and physics, at an early age. It was something I saw every day because my father was an engineer who had spent time in multiple places around the world.

What did your university classes look like? Was it a pretty even split between men and women?

The year I entered the university there were some changes that made for a larger percentage of women in the technical studies. They changed the type of classes you had to take to enter the university and it opened the door for more women, and also more men. I would say it opened the door to a more diverse pool of students. Women made up about 20 percent of the class. However, that number dropped significantly when I did my Ph.D, where it was closer to 3 percent.

My studies helped me become steeped in issues related to security, e-commerce, and privacy. I did my postdoc research at the Institute of Information Security in Zurich, where I began a deeper exploration into cryptography and crypto currencies such as Bitcoin. I had already studied e-commerce and privacy related to blockchain, so it was a natural transition to understand and really pressure test the security aspects of both digital currencies and the blockchain platforms they run on. After that, I decided to stay in Zurich and in 2013 I transitioned into IBM as a postdoctoral researcher for storage systems security. Two years later I became a full-time IBM researcher. Your work has been instrumental in the development of a digital pass that can be used to help people verify their vaccine and health status during the current pandemic. How did the IBM Digital Health Pass idea come about?

At IBM I was able to collaborate with a growing team of like-minded technologists looking at blockchain and its security and privacy features. Specifically, I’ve been looking at how distributed ledger technology can be used as a trusted registry to credential and verify identities. Think of a person’s driver’s license, or perhaps a university transcript, or a doctor’s certificate. For a few years I had been developing a roadmap and in my mind I had figured out how this could work on blockchain. But like all of us, I was busy doing many things and there were always higher priorities.

And then the pandemic happened…

Right, then COVID-19 struck and IBM quickly assembled an internal global pandemic task force. In Zurich, the IBM Research team brainstormed technologies to help societies address the challenges associated with finding a cure and get our world back on track. Suddenly, this idea of verifying credentials in new ways became much more urgent, and it was clear that a digital health pass would be really helpful for people when traveling and getting back to the workplace.

We brought together applied cryptographers and theoretical cryptographers, we had experts in blockchain, very senior software engineers, and systems security expertise. Together we were able to build a prototype within two weeks.

So what is it about IBM’s approach that you find valuable?

The Digital Health Pass that we have built gives individuals the ability to show a third party—an airline, for example—an authenticated vaccination record that’s from a valid health facility. And we built it with the idea that it would thrive through a consortium mindset. That means it is built on a platform that allows organizations such as airlines and health authorities to collectively collaborate.

A lot of your work on the IBM Digital Health Pass has emphasized privacy. How did that become so fundamental to how you approach your work?

Privacy is important to me and I appreciate the privacy of those around me. I think it’s a matter of respect to the individuals you are working with or serving. I came into this field curious about the topic of security, but over time my work expanded beyond just that. I’ve watched as we’ve all put more data about ourselves on the internet. And so I started wondering about what happens if systems go rogue, or wrong at some point. Or if our data is used for things that we don’t necessarily want it to be used for. Shouldn’t we as individuals have control over how our data is used? This has become the motivating force behind my work on privacy.

You know, privacy is not necessarily about hiding data. It’s about giving control to the individual around how he or she shares their data with their environment, and back extension the enterprises who handle data of individuals.

Is there anything you want to share with young female scientists, lessons you’ve learned along the way?

I am a scientist and I’m also a mother. I feel fortunate that I've never had an issue because I had to go home earlier to care for children, or because I couldn't work at a particular time of day.

That said, I heard once in a presentation that women need to be way more certain of something in order to speak up and say their point-of-view, compared to the certainty of an average man of what he's going to say—and I’ve felt that at times. I also know that people like to promote those who are similar to them.

My approach was to ignore that and look at what needed to be done at work and bring technical arguments for or against my proposals. I focus on doing my job and defending my point of view. This approach has given me a lot of peace-of-mind and helped me stay focused on my work.