With the debut of the IBM POWER9-equipped Summit supercomputer, the world’s smartest AI machine, IBM is putting our money where our mouth is when it comes to building data-centric systems. You see, it’s no longer about which systems are the fastest, it’s about systems that are designed to handle the massive amounts of data that AI and big data applications demand. Conversely, without the ability to ingest the volumes of data this system is capable of processing, the applications might not succeed, so that’s why we embrace a data-centric approach.

It all comes down to data.

Of course, we’re very proud of the reveal from the Top500 organization today that Summit and Sierra placed #1 and #3, respectively, on their LINPACK benchmark rankings, but speed is no longer the principle parameter to assess the value of these systems. It’s all about applications.

Spreading Data-Centric Systems Around the Globe

But this system isn’t just for the US government. Two of the top three largest North American banks are using POWER9, and in 2018 alone we have deployed 570PB of the same Elastic Storage Server technology that’s used in Summit and Sierra to clients in every industry. This includes Top 5 global financial companies, innovators in autonomous vehicle technology, and research institutions as diverse as Monterey Bay Aquarium and Lunds University.

We knew early on that HPC and AI shared many of the same values, and we built the IBM POWER9 processor and IBM Power Systems AC922 server as a “smart” system capable of mixed precision calculations that let you optimize for both AI (half-precision) and HPC (double-precision) for both kinds of application users and scientists. This approach has resonated across the globe, and this week at ISC in Frankfurt, leading European researchers and supercomputing centers are showcasing how they’re merging the realms of HPC and AI with IBM. 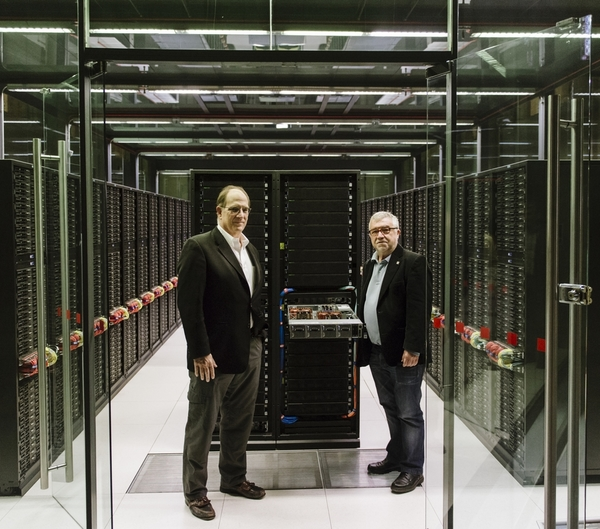 The Barcelona Supercomputing Center (BSC) is Spain’s primary open-access supercomputing center. With 470 million compute hours allocated to research projects over the next year, BSC selected the IBM Power Systems AC922 to enhance the AI capabilities of their MareNostrum 4 supercomputer.

With 54 POWER9 nodes, BSC is the first supercomputing center in Europe to adopt this new technology from IBM. 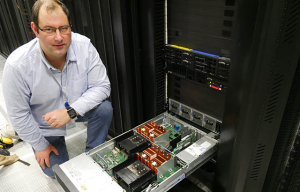 Queen Mary University of London and Newcastle University became the first higher-education institutions in the UK to deploy the IBM Power Systems AC922 system earlier this year. Their new server is designed to help advance their research into modern high-performance computing (HPC), analytics and AI workloads.

The technology will position academics at Queen Mary University to further their research into areas including feature tracking through video analysis, the modelling of social networks, predictive models for music and analysis of particle interaction from the Large Hadron Collider at CERN.

The University of Jyväskylä

The University of Jyväskylä in Finland is using the IBM Power Systems AC922 for modern artificial intelligence applications. Using their own AI software ported from x86, the University is advancing the Business Finland project by exploring the added value of artificial intelligence for analyzing Finnish social data. This project continues the established cooperation between the University of Jyväskylä and IBM to explore how different breakthrough technologies can be utilized, and the IBM Power Systems AC922 will play a critical part in that effort. The University is allowing researchers to port their own AI stacks, experiment with different setups, and run tasks in parallel while taking advantage of the AC922’s GPU acceleration capabilities.

Defining the Next Era of HPC and AI with IBM

As shown by the adoption across Europe of IBM POWER9 for AI, this technology isn’t just for the biggest government clients. Whether you’re using one system or one thousand, the IBM Power Systems AC922 enables computing that can help banks identify fraud in real-time or pinpoint a breakdown in a company’s supply chain and fix it before it impacts their customers, help researchers and scientists unlock the mysteries of the universe, and more.