Think Recap: “Open Source: The Cornerstone to Innovation and Future for the Enterprise”

Bob Lord, SVP, Cognitive Applications and Developer Ecosystems, IBM kicked off the session “Open Source: The Cornerstone to Innovation and Future for the Enterprise” at Think 2019 with an important lesson. “Growth and innovation don’t begin with CxOs, but it fundamentally starts with the developers, the coders and the data scientists.” “And we know that nearly half of those are currently contributing to community-based open source projects.”

“I’m proud to say that IBM has been leading this trend towards innovation way before it was cool.” Lord identified key reasons that explain the success of open source today. With open source, organizations can “reduce vendor lock in, increase portability and interoperability, and most importantly, pull together pools of skilled developers to deliver rapid innovation.” The appeal of open source as an engine for innovation is far-reaching. “Even NASA opened up its code for the Mars Rover,” he said.

After Bob Lord concluded his introduction, Ginni Rometty, IBM Chairman, President and CEO, was brought on stage to lead a panel of experts to discuss the future of open source, its impact on innovation in the enterprise and the obligations enterprises have to the community. Guests included:

The discussion (watch the replay here), led by Ginni Rometty, was structured around 4 key questions. 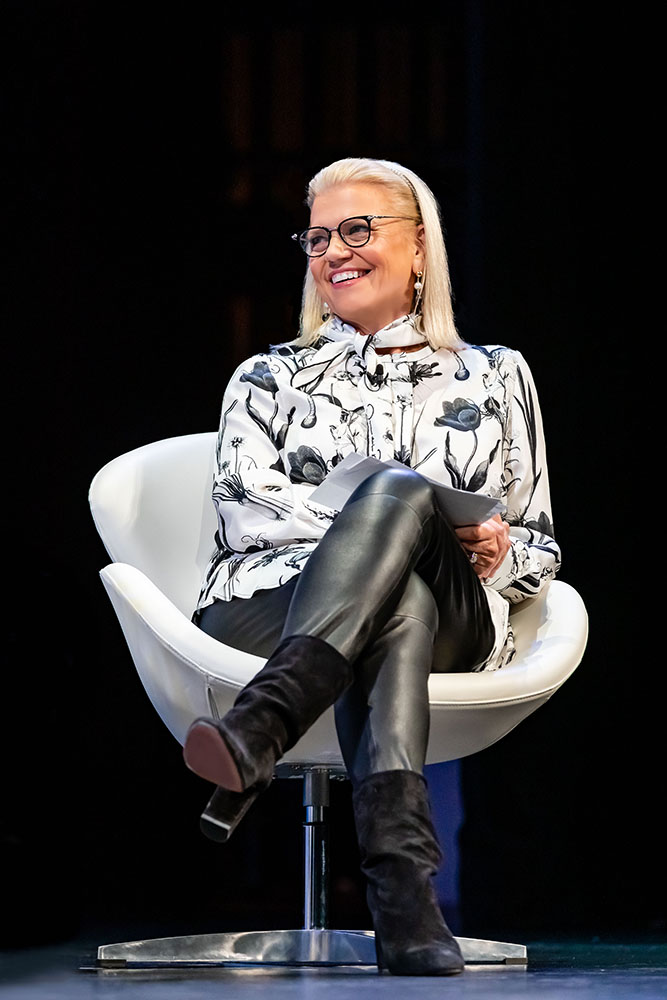 1. What is the state of open source today?

“Open source now powers almost every modern aspect of computing,” said Jim Zemlin Executive Director, The Linux Foundation. “It’s open-source first and then products and services.” He explained why open source’s innovation power is critical for businesses today. “Linux is the only software that changes 9 times an hour.” “You can’t get this pace of innovation without a collective development effort.”

Steve O'Grady, Principal Analyst & Co-founder, Redmonk, strengthened Zemlin’s plea in favor of open source. “As we think about the rate and pace of innovation moving forward, when we look at companies today those that are successful are those that are being run as digital businesses. And what’s the engine behind that? It’s the developers and their preference is open source.”

O’Grady reflected on open source’s role as an accelerant for technology innovation. “Our view dating back to the founding of RedMonk was that historically technologies were adopted top-down. What we ended up finding, especially when it comes to the growth of open source projects within the enterprise, is that they were all coming from the bottom-up,” he said.

O’Grady, however, was quick to provide a caveat. “The future success of open source is neither guaranteed nor inevitable,” he warned. He provided three systemic issues that need to be fixed to make the open source model sustainable:

> Learn more about the history of open source by viewing this infographic.

2. How companies can best incentivize programmers to contribute to open source?

Abby Kearns, Executive Director, Cloud Foundry emphasized the importance of giving back. “The one thing that is phenomenal about open source is that it’s governance by contribution so if you contribute the time, you get to dictate the future of the project.”

“If I’m leveraging this technology, I need to give back. Because without that contribution the future of that open source technology is not guaranteed if there is not constant contribution,” she added.

That said, the way programmers contribute can take many forms. “Maybe it’s code through a pull request, maybe it’s helping clean up the docks, or maybe it’s helping to tell the story better and getting people excited about it,” Kearns said.

According to O’Grady, the number of projects that shouldn’t be open source is so infinitesimal that instead of asking programmers to justify why a project should be open, companies should have them justify why it should be closed.

Andre Fuetsch, AT&T Labs and Chief Technology Officer, AT&T described his company’s approach. According to him, it’s important to “lower the entry barriers, make it more accessible, and make it more transparent.” “A lot of it is transparency.” Showing the metrics and allowing that community to define an identity all the way down to the developer. And that developer can establish that identity in a project that they can now move around and continue to contribute to.”

"The other big thing we do is recognition," he went to say. “We have this great badging program so developers internally and externally can see how everyone’s doing. That creates a sort of meritocracy. We also incentivize our programmers to participate in industry projects outside the company.”

“Ensuring, early, that the decision-making structure is open and works for everyone—including your competitors—is the only way you can create standards,” said Zemlin. 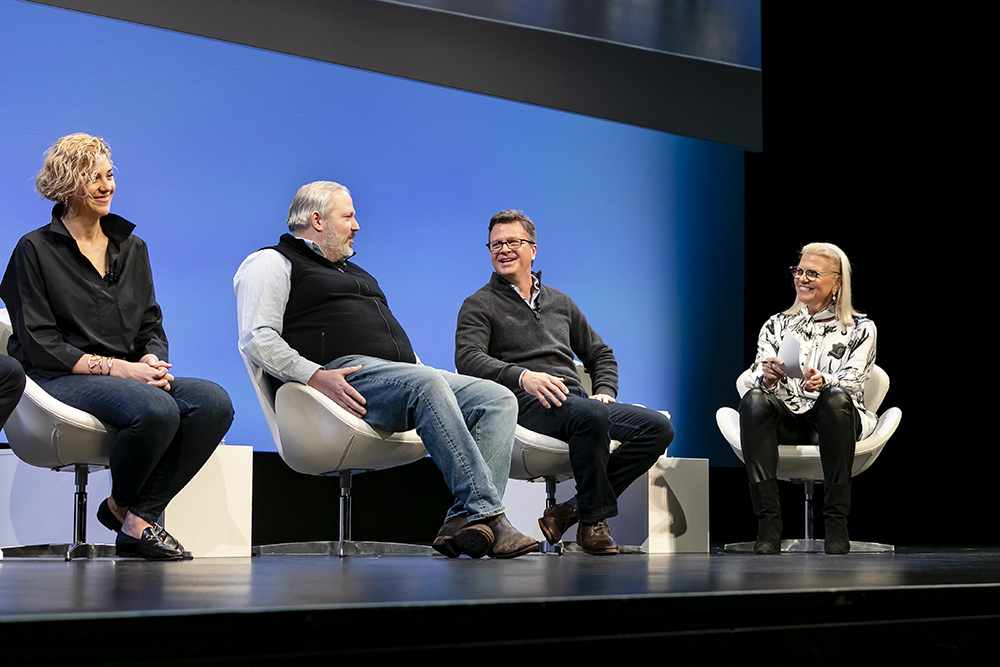 He gave the example of Hyperledger, which IBM helped establish, as an example of an open source project where decisions were not made only for a few to thrive.

O'Grady further emphasized this point: “There is no one governance model that’s going to work for every project. The key is to find a key set of shared expectations.”

Meanwhile, Dr. Marcelo Labre shared the perspective of the highly-regulated financial industry. “Governance is about risk mitigation,” he said. “The rewards for an enterprise (with regard to open source) in the financial sector is frictionless. It creates more transferrable skills in the market so we can hire engineers that can now work on common platforms.” “For the enterprise, and the financial sector is no exception, it’s very important to have curated and certified open source.”

4. What’s the greatest myth and/or hope of open source?

“The greatest myth is that open source contributions are done by a small number of people on nights and weekends,” said Kearns. “My greatest hope is that more people get involved and more people participate,” she added.

Andre Fuetsch’s view of the greatest myth is that “open source is not professional, and that it’s just a bunch of volunteers.” According to him, nothing could be further from the truth. “Most are professional developers by day who are at the highest level of their game.”

Another enduring myth is that “open source is only about code,” added O’Grady.

However, Dr. Marcelo Labre put it best when he said, “the greatest myth about open source is that it's full of bugs and it’s unsafe.” “My hope? That the myth goes away!”